Published on: December 5, 2016
The Obama Administration  and Army Corps of Engineers have officially denied the easement to cross under Lake Oahe -- halting the Dakota Access Pipeline -- thanks to the hard work and dedication of the brave water protectors! #NoDAPL — with Maureen Martens Cruz Hauprich. 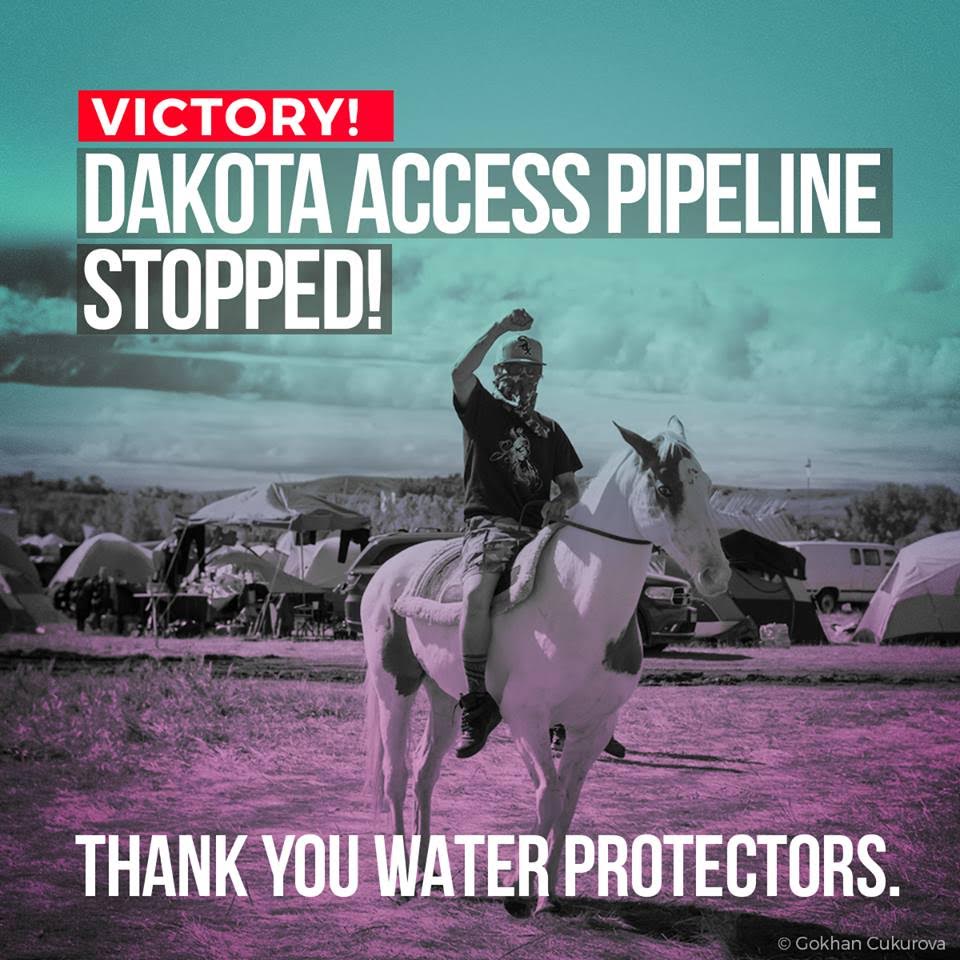 Sabrangindia has been reporting this struggle consistently especially when iconic American journalist, Amy Goodman was served with ‘rioting charges’ for courageously reporting on the protests and finally, being protected by the judiciary. A North Dakota judge on October 18y refused to authorise riot charges against award-winning journalist Amy Goodman for her reporting on an attack against Native American-led anti-pipeline protesters.

The pipeline project has faced months of resistance from the Standing Rock Sioux tribe and members of over 100 other tribes from across the U.S., Canada and Latin America.

Goodman is the host and executive producer of Democracy Now!, a national, daily, independent, award-winning public television/radio news program that airs on over 1,400 stations worldwide. Goodman has co-authored six New York Times bestsellers and won many of journalism’s highest awards in more than three decades working as a reporter.


The Guardian reports this victory too: The Victory at Standing Rock Could Mark a Turning Point:

“The defeat of an energy company by indigenous activists shows what non-violent unity can accomplish...

“The news that the US federal government has refused to issue the permit needed to run a pipeline under the Missouri river means many things – including that indigenous activists have won a smashing victory, one that shows what nonviolent unity can accomplish.

“From the start, this has been an against-the-odds battle. Energy Transfer Partners, the company building the pipeline, is as wired as they come: its line of credit links it to virtually every bank you’ve ever heard of. And operating under a “fast-track” permit process, it had managed to win most of its approvals and lay most of its pipe before opponents managed to mount an effective resistance.

“But that opposition finally did arise, and it centered on the last place the pipeline would have to cross: the confluence of the Missouri and the Cannonball rivers. It wasn’t standard-issue environmental lobbying, nor standard-issue protest, though there was certainly some of both (lawyers took the company to court, activists shut down bank branches). At its heart, however, in the great camp that grew up along the rivers, this was a largely spiritual resistance. David Archambault, the head of the Standing Rock Sioux who demonstrated great character and dexterity for months, kept insisting that the camp was a place of prayer, and you couldn’t wander its paths without running into drum circles and sacred fires.

“As a result, overlapping epochs of sad American history were on display. When native American protesters sat down in front of bulldozers to try and protect ancestral graves, they were met with attack dogs – the pictures looked like Birmingham, Alabama, circa 1963. But it went back further than that: the encampment, with its teepees and woodsmoke hovering in the valley, looked like something out of an 1840s painting. With the exception that this was not just one tribe: this was pretty much all of native North America. The flags of more than 200 Indian nations lined the rough dirt entrance road. Other Americans, drawn in part by a sense of shame at this part of our heritage, flooded in to help – when the announcement came today, there were thousands of military veterans on hand.

The rest of the article may be read here