An order and a judgement of the Supreme Court – in quick succession, on April 27 and May 1 – both pertaining to the genocide in Gujarat in 2002, together constitute a defining moment for the judicial process in the Narendra Modi-ruled state.

In May 2002 Citizens for Justice and Peace (CJP) had filed a petition in the apex court  arguing that given the overwhelming evidence of police complicity in the state-sponsored carnage, to prevent further subversion of the justice process at least the major carnage cases must be investigated by an independent agency. Fifteen months later, the National Human Rights Commission (NHRC) asked for transfer of these trials outside the state. CJP intervened, filing over 65 affidavits exposing shocking subversion of the law. In November 2003, in the midst of hearing the NHRC/CJP petitions in the Best Bakery case, the Supreme Court stayed trial of the other massacre cases. In addition, CJP’s original petition asking for reinvestigation was clubbed with the NHRC matter.

In 2008 the apex court appointed a Special Investigation Team (SIT) headed by RK Raghavan, a retired director of the CBI, to probe into nine major massacre cases. The investigation has among other things led to the arrest in February-March 2009 of Dr Maya Kodnani, a minister in the Modi cabinet, Dr Jaideep Patel, a top VHP leader, and Valsad deputy superintendent of police, Kiritsinh Erda, on charges including attempt to murder and bid to destroy evidence. Kodnani and Patel were named by victim survivors in 12 FIRs in 2002 but very soon their names were surreptitiously dropped. Clubbing FIRs, dropping the names of influential accused, appointing public prosecutors who are members of the BJP; these are just some of the devious ploys at work in Gujarat.

The enormous import of the apex court’s ruling concerning the day-to-day trial of the nine massacre cases in Gujarat lies in the fact that it has effectively put the entire justice system in Gujarat on trial. Witness protection should be the responsibility of the Gujarat government. But the apex court has shifted this responsibility on to the SIT. The Gujarat government is not free to appoint public prosecutors; it can only do so in consultation with the SIT, the latter having the final say. Even the chief justice of the Gujarat high court has been asked to ensure that judges for the nine trials are carefully selected. The SIT is to keep the Supreme Court regularly posted on the progress of the trials. To top it all, there is the caveat that the NHRC/CJP prayer for a trial of these cases outside Gujarat, as in the Best Bakery and the Bilkees Bano case, has not been rejected but is held in abeyance.

If this judgement charts new territory in the history of communal carnage in India, far more historic is the court’s order to the SIT to investigate the role of 63 accused in the Zakiya Jaffri/CJP petition, including Chief Minister Modi, a dozen top politicians who were in Modi’s cabinet in 2006 (when the Zakiya Jaffri/CJP petitions were filed; four of them still are), top bureaucrats and police officers.

If ever the history of India’s recurring communal carnage, and the role of the criminal justice system in punishing the guilty, is written, high praise must be reserved for Justice Arijit Pasayat who retired from the Supreme Court on May 10. It was he who wrote the April 2004 judgement upholding the Zahira Shaikh/CJP petition for the transfer out of Gujarat and retrial of the Best Bakery case in Mumbai. It was Justice Pasayat who, in the same judgement, had referred to Modi as a "modern-day Nero". It was he who, as part of a three-member Supreme Court bench, issued the order on April 27 for the SIT to probe into the role of 63 top BJP politicians, IAS and IPS officers in Gujarat. And it was he who wrote the judgement of May 1, directing day-to-day trial of the nine massacre cases under the watchful eye of an adequately empowered SIT.

Even the best among judges are constrained by the evidence placed before them. The state of Gujarat – whose constitutional obligation it is to ensure the rule of law, protect life and property, prosecute the guilty – has only compounded its crime of sponsoring the 2002 genocide by its shameful Operation Cover-up ever since. Given this grim backdrop, we salute outstanding police officers like RB Sreekumar and Rahul Sharma whose depositions before the Nanavati-Shah Commission form part of the damning and overwhelming evidence that enabled the order and the ruling of the apex court.

Having said all this, in this defining moment we remain acutely conscious of the fact that the trials in Modi’s Gujarat are still ahead of us. In the tortuous battle to come we are also aware of the paradox that while the SIT has been asked to shoulder a historic burden, one of its five members – Shivanand Jha – is among the 63 accused. How the anomaly of an accused also being the investigator is resolved remains to be seen.

(Disclosure: Teesta Setalvad is secretary and trustee of CJP; Javed Anand is a CJP trustee.) 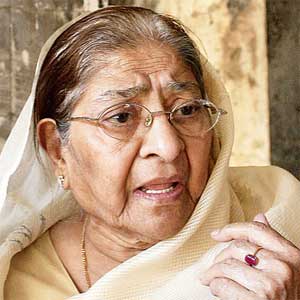