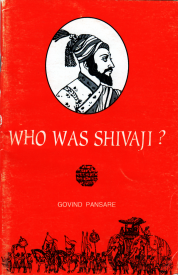 Published Date:
Saturday 12th December 2015 Asia/Kolkata
Author:
Govind Pansare
Summary:
The country witnesses its first experience governance in Shivaji’s swarajya. It was not supported by education the country remained impoverished intellectually. One dimension of the nation was strengthened by practical experience. Those who had become impoverished and were insignificant started performing miraculously heroic deeds. The Brahmins subsisting on alms turned into statesmen; peasants were transformed into Generals and landlords. Clerks became officers. Had all this transformation been supported by education the Nation’s latter history would be remarkably different.
- G.S. Sardesai

The historic fact that the eldest son (of Shah Jehan), Dara, could not survive in the face of Aurang Zeb’s hypocritical cunning has been extremely detrimental to the country. It destroyed the possibility, which was already showing its early signs, of unifying this giant country under one rule and becoming a strong nation. Instead of Hindu Muslim Question being solved in a proper way, a crusade was thrust upon people. When Musalman rulers failed to solve this Question, a Hindu king thought of solving it in his way. This Man was Shakakarta Shivaji.
- Prof. T.S. Shejwalkar

In the person of Shivaji appeared the ideal king of people’s imagination. Shivaji abolished with lightening speed the old fiefs. He got rid of old tax systems. He abolished unlimited restrictions enforced upon peasants and put a halt to the system of awarding tax collection contracts. Land to every tiller, stability to tenants, tax on actual produce only and landlords not having right over peasants ‘produce – These were Shivaji’s economic reforms.
- Comrade S.A. Dange