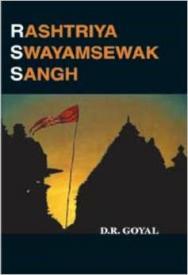 ISBN Number:
81-7119-578-4
Published Date:
Saturday 3rd March 1979 Asia/Kolkata
Author:
D R Goyal
Summary:
Rashtriya Swayamsewak Sangh is the first comprehensive study of the origin, history, philosophy, structure and modus operandi of the RSS. Born (1925) in controversial circumstances the RSS continues to be a subject of rather fierce controversy, bringing forth strong reaction on both sides. The major issues of contention are its activities during the freedom struggle, as well as when India became free. It has been declared illegal twice after independence.

The author of this book has closely watched the development of RSS during the last five decades and more. He has gone into the causes of all the controversies that have surrounded it.