Arabs Without God: Atheism and Freedom of Belief in the Middle East 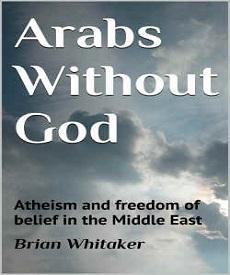 Published Date:
Wednesday 16th March 2016 Asia/Kolkata
Author:
Brian Whitaker
Summary:
In Arab countries, openly declaring a disbelief in God is a shocking and sometimes dangerous thing to do. Many have been imprisoned for it, some have been forced into exile and others threatened with execution.

And yet, in a region where the influence of religion is almost inescapable, growing numbers are claiming a right to believe – or disbelieve – as they see fit. Social media have given them a voice and the uprisings that toppled Arab dictators have emboldened them to speak out.

In this ground-breaking book, journalist Brian Whitaker looks at the factors that lead them to abandon religion and the challenges they pose for governments and societies that claim to be organised according to the will of God.