Where is the human face of ‘development’? 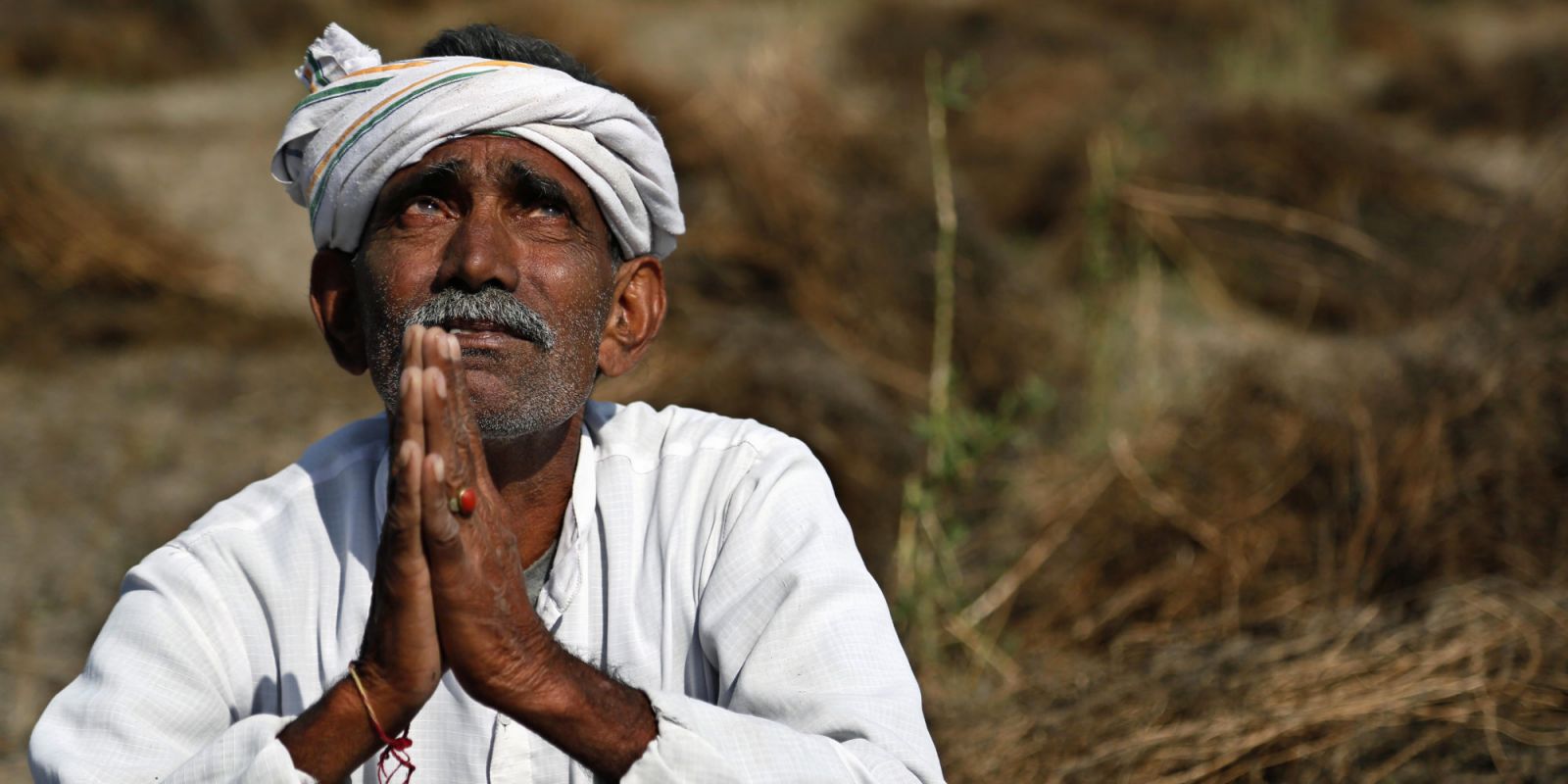 This image is for representation purpose only     Courtesy: eraofwisdom.org

Q: India’s economic record is a little confusing. Some observers feel that the Indian economy is in recession, others that it is booming. Where does the truth lie?
Ans: Around the time of the last Lok Sabha elections, the refrain in the business media was that the economy is in the doldrums. Today, we are told that the Indian economy is one of the fastest-growing economies in the world. That is correct, but it was also true two years ago. The Indian economy has been growing at about 7.5 per cent per year for the last twelve years, with minor deviations up or down in specific years. The latest estimate for 2014-5, 7.3 per cent, is bang on track. So are the provisional estimates for the first half of 2015-6. So the statistical record does not justify this change in perceptions of the Indian economy. The earlier story, about recession, was used to justify the call for big-bang reforms under the new government. Today’s story, about economic success, is used to claim that the new government is doing very well. The real story is that the Indian economy has been doing very well for a long time, in terms of economic growth. We should be less worried about raising the growth rate, which may or may not be possible, than about achieving faster social progress. That requires not only a reasonable rate of economic growth, but also effective public action in a wide range of fields - health, education, nutrition, basic amenities, environmental protection, social equity, among others.

The Modi government seems to be pursuing a business-driven growth model. How far is this likely to serve the purpose of development in this broad sense?
This is a corporate-sponsored government and its main function appears to be to assist business, especially big business. In fact, this is explicit. For instance, improving the “investment climate” is one of the main objectives of the central government. Business certainly has a role to play in the Indian economy today. However, there are large areas of social life where business is not the best approach. Business is not a good way of organising education, or health care, or social security, or public transport, or urban planning, or the protection of the environment, or so many other things that are crucial for the quality of life. In all these fields, public action is very important. The government’s single-minded focus on supporting business leads to a dramatic neglect of constructive action in these fields.

The government’s growth strategy also places a lot of emphasis on physical infrastructure. Is this justified?
We certainly need better infrastructure. The question is what sort of infrastructure, what are the priorities. Consider for instance Ranchi, where I live. The infrastructure is pathetic. There are water shortages, power cuts, blocked drains, traffic jams, health hazards of all sorts. A sensible government would strive to improve basic amenities and public services, not just for a privileged minority but for everyone. What political leaders actually like, however, is high-tech corporate-sponsored projects like the proposal to build a brand-new “smart city” of one square kilometre just outside Ranchi. This is unlikely to be of much help to the vast majority of Ranchi’s residents. But it will generate lucrative contracts for private companies, and perhaps some handsome kickbacks. That seems to be the real purpose.

There were large cuts in social expenditure in the last Union Budget. The central government is justifying this on the grounds that states are now getting a larger share of the divisible pool of taxes, as recommended by the Fourteenth Finance Commission. Is this convincing?
The Commission did not recommend that centrally sponsored schemes should be trimmed as a counterpart to greater tax devolution. On the contrary, it stressed the need for continuation of central support in some critical fields including “education, health, water supply and sanitation, child nutrition”. The Commission did call for a new institutional mechanism to oversee these schemes, but that is very different from abrupt and unilateral budget cuts. Even if some of these cuts are justified in the medium term, they should not be imposed on the states without taking any precautions to protect important schemes. The central government seems to have embarked on an ill-planned delegation of social policy to the states that is likely to cause some short-term disruption at the very least.

Despite some ambivalence towards the social sector on the part of the central government, many states are still trying to expand and improve their social policies. Do you feel that there is any future in these efforts?
Indeed, there are vast possibilities for more extensive and effective social policies in India. If India’s GDP continues to grow at around 7.5 per cent per year or so for another twenty years, and if the share of social spending in GDP rises by 50 per cent over the same period, there will be five times as much money for the social sector in twenty years’ time as there is today, in real per-capita terms. If good use is made of these resources, building on what has been learnt in recent years, the average Indian twenty years from now could enjoy even better public services and basic amenities than the residents of Kerala or Tamil Nadu enjoy today.

What needs to be done to make better use of these resources?
Making good use of social spending requires, first and foremost, a better work culture in schools, health centres, Gram Panchayat offices, and the public sector in general. This may sound like a pipedream, but it can also be seen as a natural development in a country with a modicum of democracy. Public-sector absenteeism, exploitation and corruption thrive on the disempowerment of the public and the submissive acceptance of practices that are, in fact, totally unacceptable. As democratic engagement gains strength and the public becomes more articulate and vigilant, these practices often become harder to sustain, and the corresponding social norms tend to evolve. Of course, one should not rely on this process alone to achieve more responsibility in the public sector – better incentives and accountability measures are also required. But these measures are best seen as part of the larger need to change the public work culture through democratic practice.

In recent work, you have shown that Bihar is catching up with other states in some important fields, such as child development. Do you think that the outcome of recent elections in Bihar has anything to do with this record?
I tend to be sceptical of anyone who claims to understand why people vote one way or another. However, it seems clear that the people of Bihar give some credit to the previous government for its development record. This appreciation is not misplaced: there is growing evidence that Bihar has made rapid progress in many important fields in recent years. For instance, female literacy in the age group of 10-14 years increased from 51 to 81 per cent between 2001 and 2011, and the proportion of children who are fully immunized shot up from 33 per cent in 2005-6 to 60 per cent in 2013-4. For a state that used to be thought incapable of running proper public services, this is a real step forward. Let us not forget, however, that in spite of recent improvements Bihar is still one of India’s worst-governed states. The living conditions of poor people there are dreadful. Bihar has shown an ability to change, but radical change is yet to happen.

What about Jharkhand?
Change will come to Jharkhand sooner or later. The corruption, violence, crime and exploitation that we are seeing there today cannot endure forever in a society with democratic institutions. How that change will come about, however, is hard to predict. Political change happens in all sorts of unexpected ways.

You were prevented from attending the recent Economics Conclave in Delhi last month, after receiving a warm invitation from the Finance Ministry. Do you feel that growing intolerance is spreading to academic circles?
I don't think that we have reached the stage of serious attacks on academic freedom, though there have been some skirmishes, like the forced recalling of Wendy Doniger's book The Hindus. Artists and writers are far more vulnerable to harassment. That's because their work tends to be more subversive than academic research. If recent trends continue, however, it is only a matter of time until irrationality and fanaticism also affect academic work.

What do you think is the reason for this surge in irrationality, and for recent attacks on rationalists?
Rationalist thought is threatening for those whose dominance is based on indoctrination and superstition. Consider for instance the caste system. The dominance of the upper castes depends on perpetuating a whole system of irrational beliefs about the abilities and rights of people who are born in different castes. The spread of education, enlightenment and democracy threaten this system of dominance. Naturally, those who stand to gain from the system have a tendency to suppress this spread of rationalism and reaffirm the old, irrational dogmas. That, I believe, is one possible reason for recent attacks on rationality, though there may be others too.

Is rising intolerance a threat to India’s onward economic march?
Tolerance is a value in its own right, we don't have to justify it by arguing that it has economic returns. Still, I think that Raghuram Rajan had a point when he said that open debate and enquiry foster economic progress. This is not primarily because investors are put off by intolerance - investors care about profits, not communal harmony and that sort of thing. It is because economic progress depends on human creativity, innovation and initiative, all of which benefit from freedom of thought and expression. All this, of course, is a little speculative, and that's another reason for valuing tolerance for its own sake rather than as an economic asset.

Earlier this year, you spent ten days with the Jan Adhikar Yatra that went from village to village in Jharkhand to mobilise people against growing attacks on their social and economic rights. Can you share some of your memories from the Yatra?
The strongest impression I retain from the Yatra is how so many people in rural Jharkhand are still struggling with very basic survival issues – how to save their land, where to find water, how to feed their children. It is really a humanitarian emergency, but we are so used to it that we don’t feel any urgent need for action. Once in a while, during the Yatra, I checked the news on the internet, and it was shocking to see how public debates are dominated by trivial issues – who should be allowed to eat beef, how a street in Delhi should be renamed, where the Saraswati river used to flow, and so on. Basically, poor people count for very little. This makes you realise how far we still are from democracy in the real sense of the term.

(This in Interview was taken by Kislaya for Newswing.com and is being reproduced with the permission of the author )