Unity of the Oppressed is the Need of the Hour: Rahul Sonpimple, BAPSA

Date:
September 21, 2016
Courtesy:
NewsClick
Asserting that the time has come for a radical politics of all oppressed sections to emerge, Rahul Sonpimple who challenged tradiitonal left formations spoke on this resurgence to Communalism Combat & Newsclick. The Birsa Ambedkar Phule Student Association (BAPSA) is a student organization at the Jawaharlal Nehru University (JNU) that emerged as a strong contender in the recently concluded Student's Union elections.
Teesta Setalvad spoke to Rahul Sonpimple (BAPSA Presidential Candidate for JNUSU Elections) on its vision and Ambedkarite politics on re-distribution of land and public resources in this age of neo liberalisation. The interview is a joint collaboration betwen Communalism Combat and Newsclick

Rahul Sonpimple asserted that BAPSA is committed to unite socially-economically oppressed students in its fight against both Brahaminsim and Capitalism. According to him Brahminical hegemony in India has resulted in centuries of brutal oppression and a localised capitalism embedded in the caste structure. Its interaction(s) with capitalism have given rise to very peculiar conditions where maginalised communities have been victims ad infinitum. The rapid privatisation of the public sector services has affected the affirmative action of some of these communities. Therefore both need to be resisted fiercely. He also talked about the appropriation of Ambedkar by the RSS and BJP, and the threat that Ambedkarite ideology poses to the right wing agenda.
The organisation has also concrete plans to strengthen Muslim-Dalit unity that has emerged after the Una struggle in Gujarat 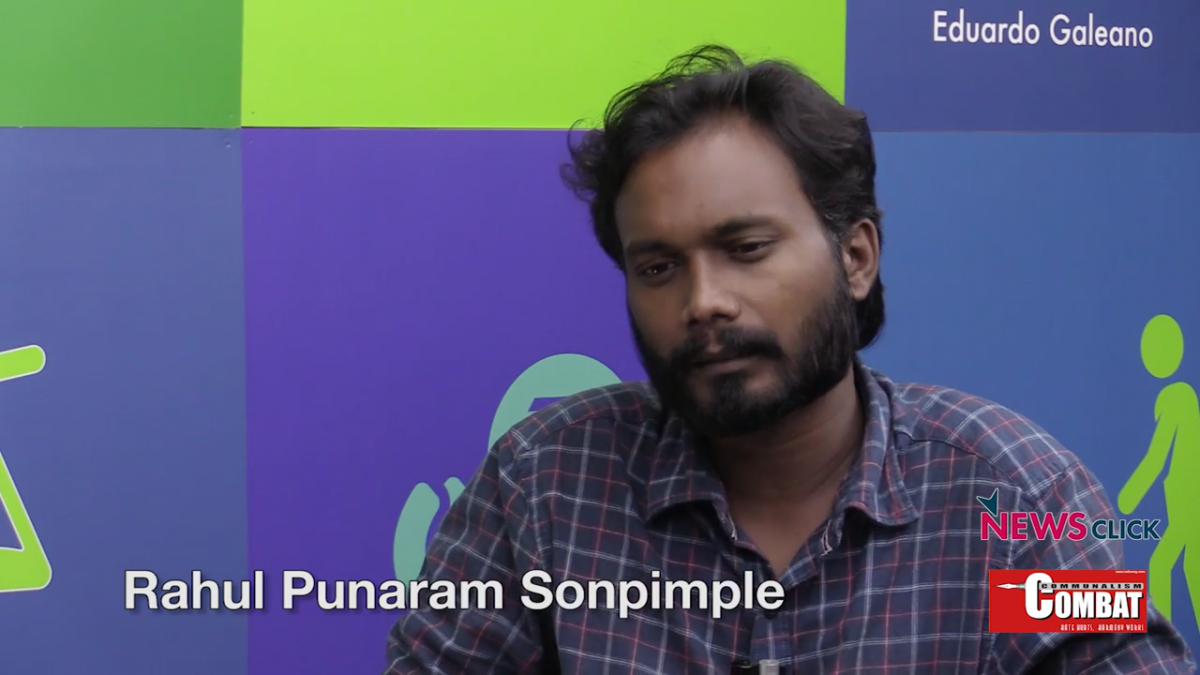