In Tripura our cadre are in living contact with people and their problems: Manik Sarkar, Chief Minister 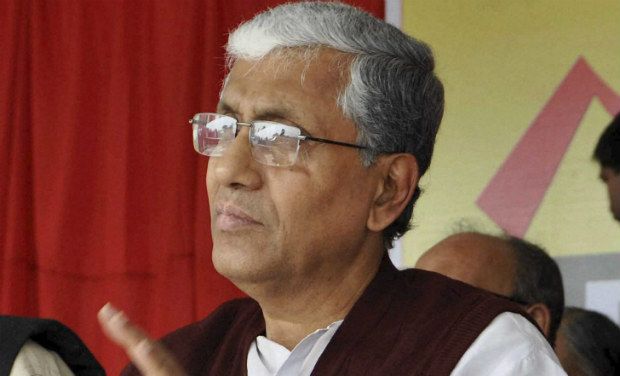 On the occasion of the anniversary of the formation of the Left front Government in Tripura in 1978, January 5, this year, in 2016, Teesta Setalvad at Sabrangindia.in had requested chief minister Manik Sarkar of the Communist Party of India (Marxist) for an exclusive interview. Manik Sarkar has been Chief Minister of Tripura since March 1998. He is a Politburo Member of Communist Party of India(Marxist).

Q.  Tripura has come to symbolise real genuine people oriented growth and development with its near 100 per cent literacy and application of the MGNREGA. How can such an ideal be achieved in other parts of the country?

A. Whether this can be achieved or not will completely depend on the outlook and attitude of the Government of the concerned State towards the people of their State. To build a strong nation and advance society in a proper direction, education is one of the basic pre-requirements. Keeping this in view, the Left Front Government of Tripura, from the start, has been working in mission mode. To remove illiteracy and upgrade the scope of education with all seriousness and sincerity, involving all sections of society.

To remove poverty and improve the minimum level of purchasing capacity of the common people residing in the country side and create sustainable assets for future development the Left Front Government of Tripura has made all out efforts to implement this programme of MNREGA in a transparent manner, giving it due importance and priority.

This MGNREGA (scheme) is confined to rural areas only. Urban areas are excluded from the purview of MGNREGA – despite the repeated demands raised on the floor of the Parliament to widen its scope. Keeping the need of the urban unemployed poor in mind, here in Tripura, the Left Front Government has, on its own introduced a unique programme called the Tripura Urban Areas Employment Project (TUEP) covering the entire population under all the Urban Local Bodies. This is a unique scheme, similar to MGNREGA, to take care of the urban poor living below the poverty line.

Q . The Left Front government’s establishment of the Tripura Tribal Areas Autonomous District Council under the sixth schedule of the Constitution, which empowered the tribal people, was a positive step. Why do you think the other states of the north eastern region have not dis-invested powers so successfully?

I would not like to pass any comment on the success and failure in dis-investing powers to the Autonomous Bodies by the other North-Eastern States. It is the people of those States to assess their failure and success.

Q. Your government took a bold and courageous step to repeal the Armed Forces Special Forces Act (AFSPA) last year (March 2015). What were the reasons and what has been the experience in the past several months? Is it possible for Manipur to do the same?

A. The Left Front Government of Tripura, after a thorough review of the law and order situation of the State came to the conclusion that peace has been restored and that the situation is under control. But there is no room for any complacency because extremists still have their hideouts across the border and are constantly trying to create trouble. But both people in general and security forces in particular remain alert and watchful.

In this situation, the Government found that there was no point or need to continue AFSPA in Tripura and thereafter recommended its discontinuation. During the last one year no extremist related incident has taken place in Tripura. It is up to the Government of Manipur to decide what steps it wants to take on this issue.

Q . How did the Communist Party organisation achieve such a humane and democratic face in the wake of insurgency and violence in Tripura?

A. This was only possible because of our pro-people, secular, democratic and transparent approach which enjoyed the full confidence of the people of the State -- including the organisation of ceaseless mass and class struggles -- with the direct involvement of leaders and cadres of the Communist Party.

Q. Do you think Manik Sarkarji and his team can help re-vivitalise the organised Left in other/different parts of the country? What is the way forward for this?

A. The experience and practice of one State cannot automatically be replicated in other States. Every State has its own characteristics. Every State has its strengths and weaknesses. On the basis of all these, the leadership of the Communist and Left-democratic movement of the concerned States have to develop their own course of action for their expansion, development and consolidation with a mass support base.

The most important thing is for the Communist Party, its leaders and cadres to develop and maintain living contact with masses like fish in water and organise struggles on the burning issues confronting the people.

We are learning everyday from our struggles, mistakes and shortcomings. At the same time, we are learning lessons from the struggles of others and their activities in other parts of the Country.
If our struggles and activities in Tripura help others in other parts of the Country, this will obviously instill further confidence in us. But, very humbly, I can say that we cannot advise others to follow us.

Q. You are a proud chief minister who has shown a genuine respect for transparency and accountability especially when it comes to personal earnings and possessions. Would you say that in this era of high and unaccounted election-spending it is possible to have complete transparency in election related expenses in India?

A. To maintain transparency in election related expenditure, the State funding system of elections has to be introduced and strictly followed.