Date:
September 28, 2016
Courtesy:
Newsclick
Three days before four bombs went off in the textile town of Malegaon in north Maharashtra on September 8, 2006, the then Prime Minister Manmohan Singh asked chief ministers to “embark immediately upon a proactive policy to ensure that a few individual acts do not result in tarnishing the image of an entire community and remove any feelings of persecution and alienation from the minds of the minorities.”

Singh, a member of Sikh minority, was speaking in the aftermath of widespread arrests of Muslim men after 7/11 train blasts. Singh’s meaningful and empathic advice fell on deaf ears of the men-in-Khakhi when the very next day (emphasis added) of the Malegaon blasts (September 9, 2006) an unattributed source in Maharashtra ATS told the media that SIMI activists committed the crime to create “communal tension”.  . It was the sheer determination, honesty, and professionalism of the late Hemant Karkare that changed the course of the terror narrative in the country.

In the case of the Malegaon blast case, the long delay of a decade resulted in partial justice, at least, when on April 25, 2016, the Special MCOCA court judge VV Patil gave a historic ruling discharging the nine men and discarding all the charges slapped by the ATS and the CBI. Judge Patil wrote

“Needless to mention that immediately after the bomb blast the ATS Officers conducted investigation and merely on suspicion projected (emphasis added) the accused No.1 to 9 as the authors of the bomb blast dated 8.9.2006. It appears to me that as the accused no.1 to 9 were having criminal antecedent, they become the scape­goat at the hands of ATS.” (emphasis added). (Page 31)

Dr Tariq Makhdoomi, a respected doctor of the powerloom town was one such who has now become one of the vocal faces seeking Restoration of Dignity and Compensation for all such wrongfully confined and arrested persons.

In this interview with Teesta Setalvad of Communalism Combat, he makes a strong case for a National Policy on Just Reparation and Compensation. The Memorandum of Justice carefully crafted by him and his eight other co-accused can be read here. The Memorandum of Justice also outlines the lapses in procedural justice that made the injustice(s) heaped upon the falsely confined persons, even more difficult to bear.


Excerpts from the Interview: 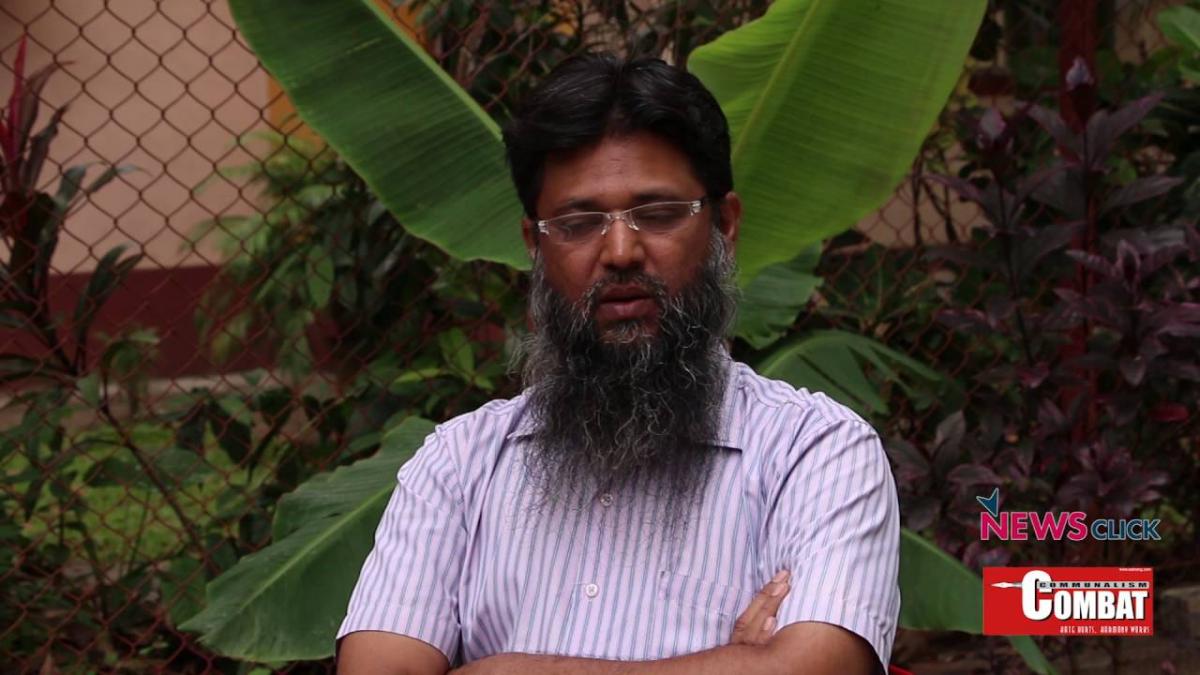 “My family had, after years of poverty worked hard to better ourselves and become the middle class. I was, with my additional hard work now stepping into the income tax paying bracket; instead of allowing me to pay income tax, I was arrested and that too on such a heinous crime—terrorism and betrayal of my country. It has been unbearable”: Dr. Tariq Makhdoomi

“Reparation and Compensation of Victims Wrongfully Confined in cases of Terror should Restore the Loss of Dignity and Compensate the person to Social and Economical Stature”: Dr. Tariq Makhdoomi

“A Certificate of Honour should be Our Right along with Due Compensation from Authorities like the District Collector and others who sanctioned our wrongful Confinement”: Dr. Tariq Makhdoomi

“Thirty-seven persons were killed in the September 8, 2006 and later the figure was manipulated and brought down to 31. This is because six of the dead bodies of those who died in the blasts were mysteriously destroyed and the local Malegaon police had found that they were sporting fake beards”: Dr. Tariq Makhdoomi

“A few days after the September 8, 2006 blasts, bombs were found at the Mohamadiya Masjid Shopping Complex; and this was later denied” : ”: Dr.Tariq Makhdoomi