Date:
July 30, 2016
Courtesy:
NewsClick
Dr. Dabholkar was assassinated in Pune almost three years back, followed by the assassination of Com. Pansare and Prof. Kalburgi in a very similar way. It was done clearly by the same set of people. The government's investigative agencies have made very little effort either in tracking down those absconding, or with finding evidence of those arrested. It is only with the pressure of the court case by the families of the slain rationalist thinkers and after being pulled up by the courts that some halting steps have been taken. Megha Pansare, Hamid Dabholkar and Avinash Patil discuss with Newsclick the murderous attacks on the leaders of the rationalist movements, the poor response of the state and contrasts it with the strong peoples response. 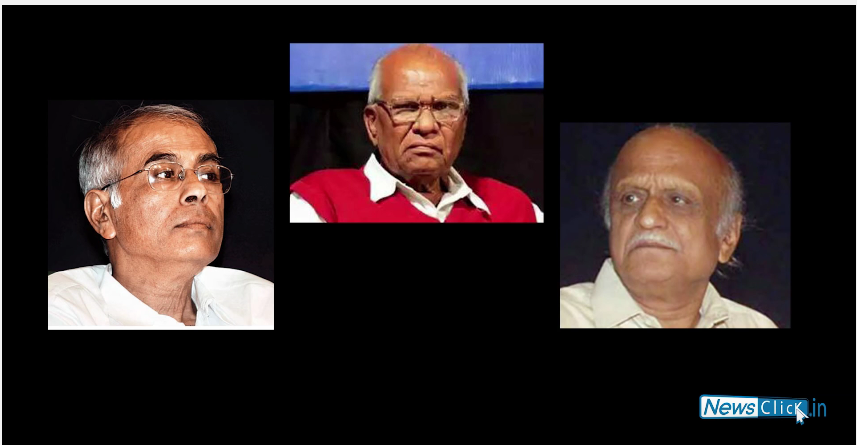